There are few things more innocent, more perfect, more beautiful, than watching a baby turn because they recognize the sound of their parent’s voice.  Thinking back on those moments with my own boys brings me to tears.  I remember seeing their first smiles, and knowing they were smiling at me, their momma.

The first time I met Baby Lawrence, that’s what I remember most.  He only had eyes for his mom. 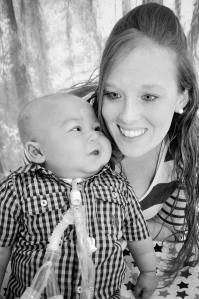 We get Facebook messages, tweets, and emails everyday from viewers asking us to do stories.  THANK YOU for that!  YOU are the eyes and ears of our community, YOU are who help us tell stories.  I wish we could tell them all.

I don’t know how many messages I got that day last March, but there was SOMETHING about Shalina Bolden’s message to me that pulled at my heart.  A mother, writing to me from her son’s room at Children’s, where he had been for MONTHS.  Her son was very sick with a very rare disease; she needed help.

She had that phrase EVERYWHERE across her Facebook page.

Shalina Bolden would not quit fighting until her son was living a healthy, happy life.

Lawrence and my son, Evan, are less than two months apart in age.  As any mom does, I couldn’t help but compare the two.  First, BABY LAWRENCE IS A BIG BOY!!  I think during that first visit, Shalina told me she was buying 2T t-shirts for Lawrence’s 1st birthday outfit.  He was also popping four teeth at the time and was a drooling machine!  But while my little Evan was scooting around and playing with toys (mostly his brother’s), Baby Lawrence was stuck in his hospital bed.  The same hospital bed he had been in for FIVE MONTHS.  Lawrence was born with complete Di’George Syndrome, possibly the first child in Nebraska to have it.  Lawrence had lung issues, a heart defect and NO IMMUNE SYSTEM.  To even see him, my photographer Dave Hynek and I, as well as Children’s Media Relations Director Cherie Lytle, had to scrub our hands and gown up top to bottom, (including our faces, hair and shoes), before entering Lawrence’s room.  A simple cold that our bodies could fight off, could’ve killed Lawrence.

That got to me, and what almost brought me to tears was thinking about the time he spent in that room alone.  Shalina worked full time at a nursing home.  She often went straight to Lawrence’s bedside after her shift, and her young daughters knew Children’s like a second home.  Still, I kept thinking of those hours she couldn’t be there, and of Lawrence, alone in his hospital bed.

“I just want Lawrence to have a chance at life,” Shalina told me that day, through tears.  “To understand what it’s like to not be in a hospital bed.”

Shalina got word of a procedure that offered hope; a thymus transplant only being performed by one doctor at Duke University, and it was not federally approved.  At the time Shalina contacted me, the state of Nebraska had denied the family’s request, twice, to cover a thymus transplant.  Doctors told Shalina Bolden that Lawrence might live to see his second birthday.

Baby Lawrence, wearing a onesie reading ‘Bananas for Mommy’, stole viewers’ hearts around the country (ABC News also picked up his story.)  Changes were already in the works; after our interview with Shalina we learned the state set aside earlier coverage denials.  Advocates with the state of Nebraska, Duke University Medical Center including Dr. Louise Markert, and Lawrence’s team at Children’s, all joined forces to figure out a solution.

It was Shalina Bolden, in tears.  Nebraska Medicaid approved Lawrence’s transplant.  Photographer John Matya and I were there as Shalina told her family, friends and the nurses who had cared for her baby for so many months, that Baby Lawrence was finally getting his surgery.  He had just turned 1 year old a few days earlier.

“It took a couple of minutes for it to digest and then tears just fell down my face,” Shalina told me. 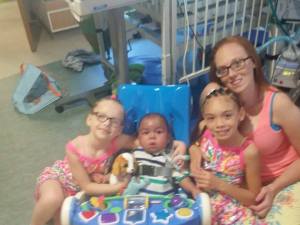 What Shalina thought would be eight weeks turned into nearly four months, waiting for that bittersweet moment when she’d leave her children to give her baby boy a chance at life. 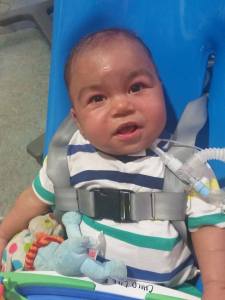 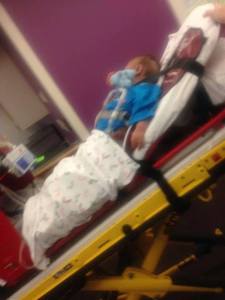 “We landed and Lawrence slept through the whole flight and everything,” Shalina messaged me.

He started to learn how to crawl in his new hospital room..

His mom rarely left his side.. 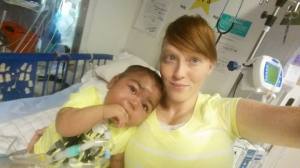 ..heartbreaking for this mother of not one, but three children.  While Shalina and Lawrence waited in North Carolina through August and then September, her sister cared for her daughters, Ja’Era and Ja’Lesia, 20 hours away in Omaha. 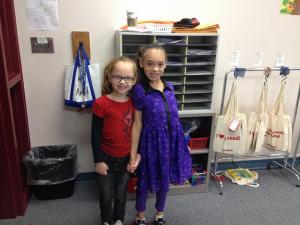 “I miss my girls like crazy.  It is very hard to be away,” Shalina told me.  “My oldest daughter just had a birthday, that was super hard, but I’ve explained it to them so they understand why I’m away.”

September 26, 2014.
“A pray has been answered today!” Shalina posted on Facebook.  “I got confirmation that Lawrence will be getting his transplant October 9th!!! If everyone can keep him in your prayers.”

On the morning of October 9, 2014, ‘Baby Lawrence’ Bolden finally received the transplant his mom fought so hard for.

Later that same day, Shalina sent me a message.

“Everything went good, it only took an hour,” she said.  “He is already back to being busy Lawrence.”

I cannot get ENOUGH of this little man.  So many surgeries, so many needle pokes and painful procedures and long waits.  And yet, he is SO SWEET!  Always smiling, always big, open eyes checking out his world, and still, always looking at his momma. 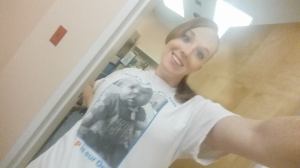 Author Elizabeth Stone once wrote: “Making the decision to have a child – it is momentous. It is to decide forever to have your heart go walking around outside your body. ”

As a mother, you would do anything for your child.  You would take on their pain so they wouldn’t feel it.  You stay awake all night holding them if it gives them comfort.  You would die in an instant for them.

Shalina Bolden NEVER took no for an answer to save her little boy.

God willing, she’ll have her little boy home and healthy, with his sisters, for the first time in a year.. just in time for Christmas.