As I talk to each of the young women competing to become Miss Nebraska or Miss Nebraska’s Outstanding Teen, I consistently hear about how much they appreciate the friendships and sisterhood that develop from these pageants.  Over the years, I’ve seen past competitors reconnecting long after Miss Nebraska is over, some even bridesmaids in each other’s weddings.  To me, it speaks volumes of this program, and of a young woman’s character when she is someone her fellow contestants want to be around before, during, and after the competition.

Today’s featured contestant seems to be a friend to everyone, on stage and off.

“My favorite part of competition is probably the Talent portion, however, I love the ‘behind the scenes’ aspect even more!” Grace told me recently.  “I love competing because it is a fantastic opportunity to meet and get to know some amazing young women I would have otherwise never met!  I always know that no matter what the outcome of the pageant is, many of the friendships will last much longer than a title.” 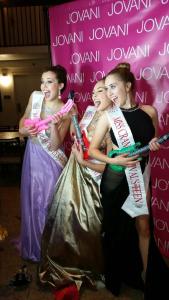 Grace is also proud of the relationships she’s built in her hometown of Scottsbluff through activities both in and out of school.  The 15-year old at Scottsbluff High participates in Key Club, Choir, musical Orchestra, dance, and piano (which she’ll be play for her talent), in addition to competing in volleyball and track. 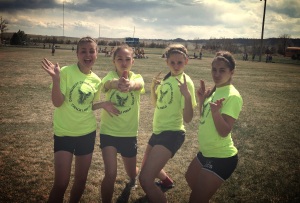 “I love putting on gowns and heels and walking on a stage, however, I feel just as at home in my tennis shoes and sweats on a crowded bus before a volleyball game,” said Grace.  “I love that I can do both and still have a little extra time for some ballet shoes.”

Grace credits the small-town atmosphere of Scottsbluff for allowing her to be so easily involved, an environment that’s also inspired her personal platform, mentoring.

“I love being a mentor to kids in my community because of the trusting, loving relationships it builds,” said Grace.  “I love picking them up and taking them out for ice cream or to the park where we can run around and play until we can’t run anymore!  Seeing the excitement in their eyes really leaves an impact on me as well.  If you just donate a couple of hours of your time every week to a child you see is in need, it really is an opportunity to leave a lasting impression on their life.”

You certainly don’t need a crown to be a mentor (“Anyone can be a mentor!” said Grace).  So why compete in a pageant? Or, in the case of Grace, who also competed for Miss Nebraska’s Outstanding Teen last year, why CONTINUE to compete in pageants?  Grace says she was first intrigued by scholarships; in 2014, Miss Nebraska’s Outstanding Teen contestants were awarded $2,900 in scholarships.  That number will increase to $3,600 this year. 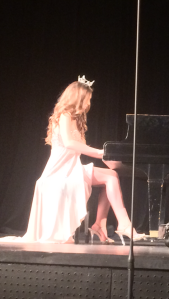 “I continue to compete not only for the scholarships but also because {pageants} build great life skills in general,” said Grace.  “Public speaking, poise and confidence are just a few of the very important traits this wonderful organization brings out in young women.  It is an honor to be a part of it and I hope to be for a long time!”‘

..I think it’s safe to say her pageant sisters hope Grace Heggem is part of their lives for a long time, too.  These girls are still competitors for one stressful, non-stop week this June.  They NEED a friend like Grace Heggem;  relatable, down-to-earth, ‘fun and classic yet very relaxed’, as Grace described herself.

“Miss America represents the highest ideals. She is a real combination of beauty, grace, and intelligence, artistic and refined.” –Miss America Organization 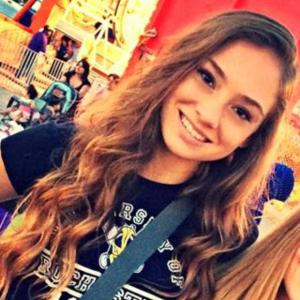 To contact Grace for appearances and events, and for more information about the Miss Scotts Bluff County’s Outstanding Teen Pageant contact Cheryl Engelhaupt by phone at 308-783-2940 or by email at cengelhaupt@fnbnp.com.

To read more about the Miss Nebraska’s Outstanding Teen Class of 2014, click on the ‘There She Is’ link at the top of the page.