As a parent, you have an awesome responsibility (among MANY others) to give your child A NAME.  It’s the title they will likely use as identification for the rest of their life.  They have the world at their fingertips to make a name for themself, but that foundation starts it all.  How much of who we become is because of OUR NAME?

Take ADELE.  The woman has become a beloved figure around the world; even those who don’t necessarily buy her albums or like her genre appreciate her incredible talent and the depth of her music.  Adele means NOBLE.  KIND.  DIGNITY.  POISE.  I’d argue all of these traits are present in Adele’s work.

They also describe an Omaha teenager.. an ‘Adella’ now representing her school, the Omaha metro area, and young women everywhere.

“Making a positive impact on everyone I encounter is most important to me,” Adella told me recently.  “I know in the world today with social media and society’s standards that we feel like we have to meet, we forget what amazing, beautiful ladies we are.”

Adella is now sharing that message with schools and groups, speaking as Miss Douglas County’s Outstanding Teen 2016.  She started competing in pageants several years ago, becoming a finalist with the National American Miss organization.

“Being Miss Douglas County’s Outstanding Teen has given me so many opportunities to not only spread the message of my platform, but will also give me opportunities later in life such as college scholarships.”

Adella also notes the business lessons she’s learned since winning her crown, including organizing and hosting an annual boutique, selling handmade scarfs, jewelry and home decor to pay for anything she wants and needs to compete for Miss Nebraska’s Outstanding Teen this June.  She works multiple jobs a week like babysitting, in addition to her studies at Skutt Catholic High School, where she is involved in student council and show choir.  Adella is also active in women’s prayer group and ministry council, and has modelled for Omaha Fashion Week. 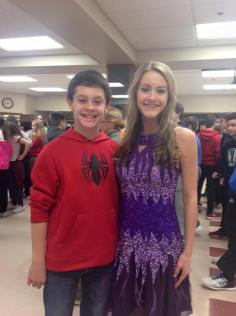 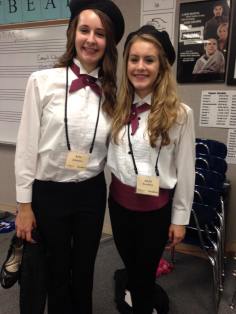 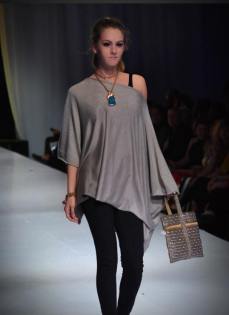 “To people who criticize pageants or don’t know much about the Miss America’s Outstanding Teen Organization, I would explain how this program has helped me grow in so many ways,” said Adella.  “I have learned public speaking skills, confidence in front of a crowd, the importance of being physically fit, embracing my own gifts and talents, how to budget, and most importantly, I have learned to become confident with the person that I am.”

That last part is why Adella wants to become Miss Nebraska’s Outstanding Teen, to become an ambassador for the organization and for her platform, ‘Overcoming Insecurities: Dreaming With Confidence.’

“I chose my platform because I know from experience that everyone has insecurities.  I personally have battled acne for a few years and I know that feeling insecure in your body can bring your attitude down,” said Adella.  “I don’t want anyone to ever feel like they aren’t worth anything, because everyone has special gifts and talents that they are meant to share with the world.  My platform not only helps girls surpass their insecurities, but to also realize that they have the power to positively affect their life and the lives around them.”

How does such a young woman have such a mature attitude and optimistic outlook?  Adella points to her cousin and role model, Mary (which, by the way, means independance, initiative, friendly and good-natured.)

“She wanted to be a successful woman right from the start, so she realized what she needed to do in order to achieve her goals,” said Adella.  “She started working at the bottom of a company but always had a smile on her face and was willing to work hard.  She now is in one of the top positions in her line of work.  She inspires me and helps me understand that if you work hard and stay positive, the sky is the limit!”

Capable. Focused. Independant.  Fully prepared.  Those are the words you see when you look up ADELLA… and the qualities THIS Adella wants to showcase across the state, as Miss Nebraska’s Outstanding Teen.

“I am a very determined person, and I have worked very hard to get here,” said Adella.  “I see this as more than just a crown on my head, rather, it’s a job with responsibilities that I’m capable and ready to take on.”

For more information about the Miss Omaha/Miss Douglas County’s Outstanding Teen Pageant, visit THEIR FACEBOOK PAGE or THEIR WEBSITE.  For information on becoming a contestant, contact Director Kelsey Ellis by email at omahadouglascountyOT@gmail.com.

NEXT.. Miss Queen City of the Plains 2016 Lianna Prill!