Photojournalist Ashley Nodgaard and I left Omaha Wednesday on a bleary-eyed 5:30am flight bound for La Paz, Mexico!  Through the months of May and June, we’ll show you the mission that’s been weeks in the making for us and months, if not YEARS in the making for an Omaha team.

CLICK HERE to see a preview of Operation: Open Hearts on KETV!

This is a once-in-a-lifetime opportunity for Ashley and me to tell incredible stories.  Truly, THAT is why we both got into this business in the first place.  I think to some extent there’s an assumption about people in TV News, that we do this because we want to see ourselves on television.  I admit, the first time I reported on camera.. the first time I sat in the anchor chair for a broadcast.. those moments were exhilarating.  BUT.. that sheen wears off in time, and for MANY years now, my adrenaline rushes have come from knowing we are sharing powerful stories of things going on in our city, state, and in our world, and seeing the difference that can come from that.

I have a feeling my friend Payton Merritt is reading this, thinking ‘Preach!!’  She’s not a journalist, but she is a young woman trying to prove that her mission isn’t about big hair and glitter, it’s about making a difference with a powerful tool she’s been given.

“The world is filled with need—I want to use the gifts that God has blessed me with to positively impact my small window of the world,” Payton told me recently.  “It was within the Miss Nebraska Organization that I found this window, and my desire to be a leader and role model for my state brought my greatest dream full circle.”

Payton will compete for the title of Miss Nebraska this June, currently Miss Nebraska State Fair 2016.  Complete disclosure… I kinda love her.  I first met Payton when serving as a judge and then volunteer for the Miss Omaha/Miss Douglas County pageant—Payton was our teen titleholder, then years later, crowned Miss Omaha.  She’s this teeny, petite, blonde, but when she sings, her voice is anything BUT petite; it’s soulful, deep.. it makes you utter ‘dang!’ from your seat in the audience.  Singing was Payton’s initial tie to the Miss America Organization, an added element to what was already a magnetic draw for a child watching on TV from home.

“For as long as I can remember, I have dreamed of becoming Miss America,” said Payton.  “I would stand on the coffee table at our house and pretend to be on stage, waving at the audience, and singing ‘Little Red Wagon’ at the top of my lungs. (My mom says I wasn’t quite as in tune as I am today.)  Initially, it was about me and the pursuit of my dream.” 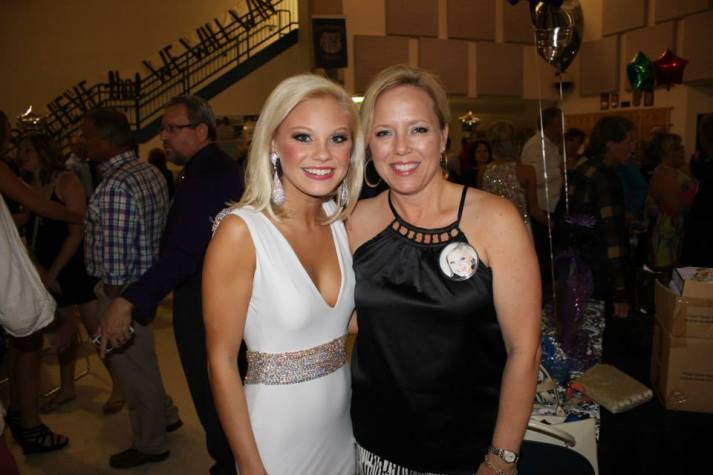 Payton also focused on her studies, graduating from high school a semester early and earning a nearly full-ride academic scholarship to Creighton University.  On the Miss Nebraska stage, Payton showed hundreds intelligence and confidence.  That became part of her goal this year.. to show pageant critics the depth of character and abilities so many of these titleholders represent.  (It’s worth noting the Miss America Organization has awarded tens of thousands of dollars in cash scholarships to young women focusing on STEM; science, technology, engineering and mathematics.)

“I would tell them to look and listen far beyond the two hours of national television coverage.  We are a force of young women devoted and determined to make an impact within our communities,” said Payton.  “The phases of competition are representative of things beyond the surface—ultimately our poise, discipline, intellect and depth show that we can walk the walk, talk the talk, and then put it all to music!” 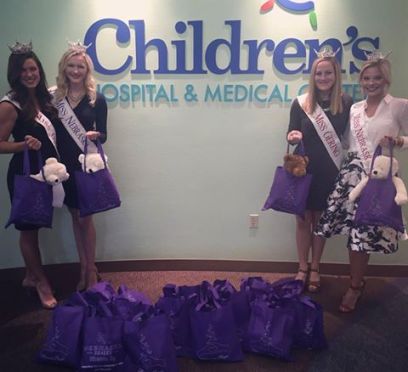 Payton also notes that she and the rest of the Miss Nebraska Class of 2016 are constantly seeking out ways to be visible, positive role models.  Payton and several other local titleholders recently joined Miss Nebraska Alyssa Howell to make Alyssa’s signature Miracle Bags for patients at Omaha’s Children’s Hospital and Medical Center; the girls then hand delivered them to those kids. 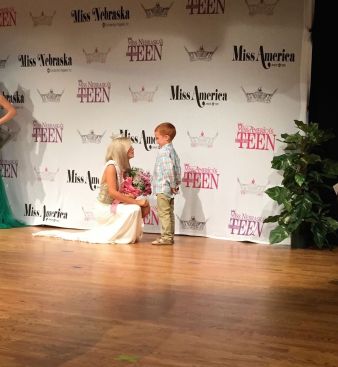 Payton, a devoted big sister to several admirers at home, has also connected to children in classrooms during school presentations, talking about her personal platform, ‘The Political Workout: Exercising Your Right To Vote.’ 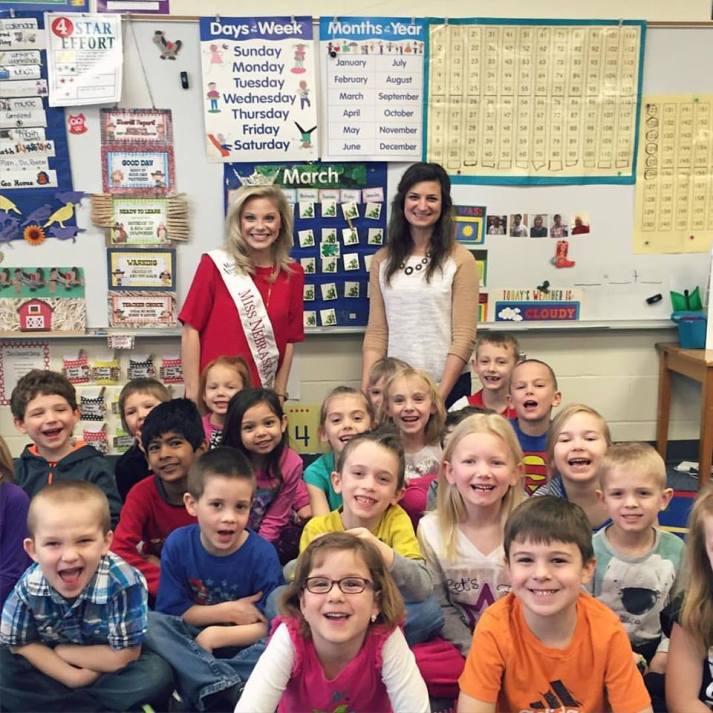 “I am passionate about empowering people to utilize our most sacred right,” said Payton.  “Because of the sacrifices of many, we have been given a life of opportunity and choice.  I see other countries, and their battles and oppression, and know countless people would risk life and limb to live in a country in which they have the power to choose.  We Americans who do maintain that right, don’t exercise our greatest freedom in choosing who represents us, those who ultimately speak for us.”:

Payton often shares messages and quotes on her Miss Nebraska State Fair Facebook page, encouraging people of the power and importance behind the vote.  For Payton, it’s an issue she plans to pursue long after this often divisive 2016 Presidential Election; she’s pursuing Political Science and Economics degrees at Creighton with plans to attend law school.

“I think in part [voter apathy] can be traced back to a lack of understanding and education about our political process,” said Payton.  “I want to do my part to show others how important exercising your right to vote is within a democracy.”

UNDERSTANDING AND EDUCATION.  We at KETV have a motto—more complete coverage.  It’s not just our catch phrase, it’s something I remind myself of when I’m tired and want to wrap up a story and move on.. is there more I could or SHOULD include?  Is there another angle to this?  At the end of the newscast, as complimentary (and sometimes not..) as it is to hear about my hair or my dress or the color of my lipstick, I want people to remember MY STORIES.. YOUR stories.  I want our viewers and readers to learn something new about a disease or a law or a PERSON.  Every time Payton Merritt performs the national anthem for the Creighton basketball or baseball games (click here to listen!), every time she dons her sparkling crown to visit a child or speak to a group, she wants to open new eyes to everything she stands for.

“I see the role of Miss Nebraska as one of service,” Payton said.  “Ultimately, I have a cause that I am dedicated to speaking to, one that is not only timely now, but maintains longevity for the democracy of our country.  I aim to serve God, my state, and hopefully my nation through my ability to relate to others, and through a commitment to impacting those who I encounter.  I am humbled by the opportunities I am blessed with, and though I am seeking a very public role, I am not seeking a personal place in the spotlight, but an opportunity to make an impact.”

WANT TO LEARN MORE ABOUT PAYTON?

One thought on “True Colors”

Side A: Season 1 Finale: Questions about the way things are? - Question Marks