Whitney Miller, Courtney Pelland, and Kiera Rhodes grew up watching the Miss Nebraska competition every year in North Platte and idolizing the contestants they saw on stage. Now, all three former Little Sisters will compete for the title of Miss Nebraska, hoping to represent their hometown and state at this year’s Miss America competition. 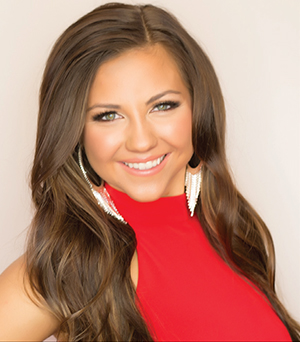 Whitney Miller, 18, is a 2019 graduate of North Platte High School. An award-winning dancer, Honors Society student, model, and Miss Nebraska’s Outstanding Teen finalist, Miller has already earned hundreds of dollars in cash scholarships and has been offered $60,000 in college tuition to Midland University. Miller hopes to continue to speak at events across the state sharing her family’s story of hope and fire safety after losing their home in a devastating fire.

“I was inspired to become involved in the Miss America program when I was a Little Sister, and then participated in the Miss Nebraska’s Outstanding Teen program,” said Miller. “In 2017, my family and I lost all of our belongings in a house fire. While we were grateful no one was hurt, we realized the importance of fire safety. From then on I have made it my personal goal to educate Nebraska about fire safety with my social impact statement, S.P.A.R.K. – Fire Safety Starts with You. I can confidently say I have grown immensely as a person through this program and hope to continue being an active role model for young girls.” 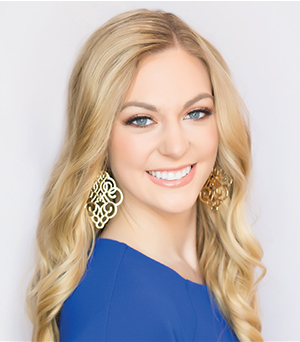 Courtney Pelland, 20, is a 2017 North Platte graduate and student at Midland University, where she earned an estimated $60,000 in scholarships by competing at the Miss Nebraska competition. Pelland, an award-winning dancer, was named a Top 8 Miss Nebraska finalist in 2018, and honored with a 2nd place Community Service award for her work advocating for blood donation and Children’s Miracle Network Hospitals.

“I have been blessed to represent my hometown of North Platte, Midland University and the towns of my local titles for three years in a row,” said Pelland. “The Miss Nebraska Organization has taught me that I can grown just as much from my failures as I do from my successes. I’m excited to get the competition started in order to gain more friendships across the state. I love my family, friends, and fans! It would be a dream come true if I could share my social impact, Be Selfless – Donate Blood, with the state of Nebraska and save lives while doing it. The absolute best part would be to receive a full ride to Midland University!” 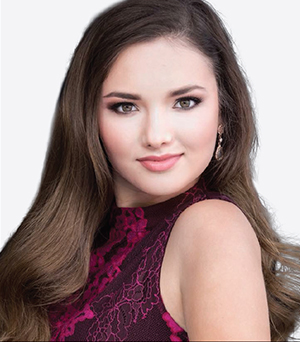 “This organization has not only taught me how to confidently speak in front of others and helped me gain self confidence, but it inspires all the younger generations and it always has,” said Rhodes. “As a former Miss Nebraska Little Sister, I have seen, firsthand, how the girls who compete make a positive impact on others. Even if I don’t walk away with the coveted crown I know that I still did not lose; I get to make an impact on so many kids, teens, and even adults around my community and state. That in itself is so rewarding.”