I’ve never been a cheerleader.  The closest I ever came was borrowing my friend Elisa’s cheerleading uniform in high school to do a drama skit during a pep rally at PLHS.  I am, however, a former pageant girl.  And I daresay we have all faced the same stereotypes.

We care more about makeup than we do about talent.

We are all Valley girls.. as in the Valley of Dumb.

We are just for show.. we objectify ourselves by taking part.. we should do more and be more.

To all of this, I laugh.  HARD.  I know how hard I worked for two straight years as I competed for Miss Nebraska and served my local community as a titleholder.  I’ve also seen my friends, my cousin, and now the same young women I work with at Westside and with pageants spend countless hours in the gym perfecting routines and skills.  I’m excited to meet yet another one this weekend in Omaha.

Whitney Miller will compete for the title of Miss Nebraska’s Outstanding Teen this weekend, representing the North Platte Bulldog Varsity Cheer Squad.  She is one of SEVERAL NPHS students competing for a title this year; two of them are cheerleaders. 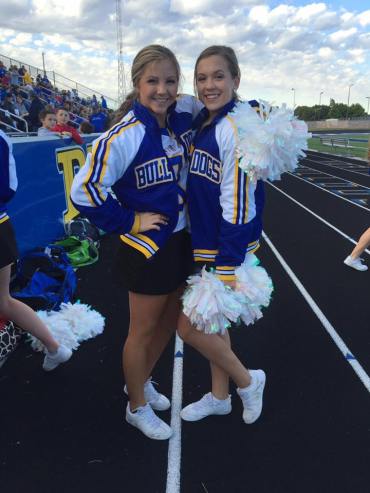 Yes, they smile.  Yes, they are beautiful.  But as a squad, these girls are also making an impact in their community.

Last May, Whitney was part of the group that surprised little Jack at his 4th birthday party.  This was right in the middle of Districts and State for Spring sports, finals prep, and graduation parties, yet Whitney and her fellow cheerleaders made an effort to make this little guy’s birthday party a little more memorable. 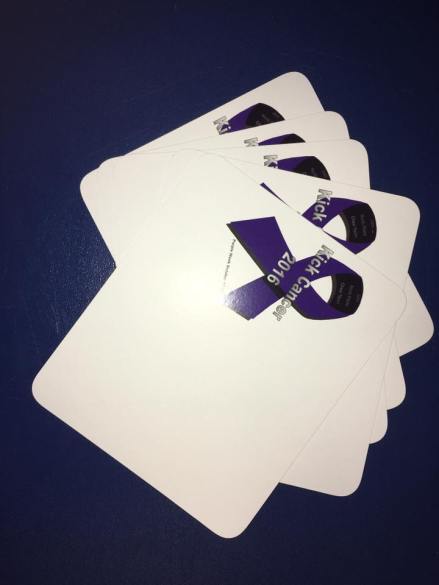 In October, the Varsity Cheer squad sold memory cards like this, displaying names of survivors and those lost to cancer.  They raised awareness through events like their ‘Purple Out’ game and donated all proceeds of their efforts to the Callahan Cancer Center.

Just last month, Whitney and her fellow cheerleaders went to Buffalo Elementary school for a last minute pep rally, to pump up students taking NeSA tests!  The response: simply amazing.  CLICK HERE to see for yourself!

Just making the Varsity squad is not an easy task; Whitney is a talented, competitive dancer at the North Platte Dance Factory, owned and led by Miss Nebraska 1999 Becky Smith.  She spends hours at the studio every week, in addition to her studies at North Platte High.

Dedication to education that earned Whitney an Academic Letter this Spring.

So did we cover it, haters?  Talent. Brains.  An activity that requires the young women who take part to work hard and dedicate themselves to goals and to their community.  Imagine what the world would be like if we all let our inner cheerleaders take hold once in a while?

Pageant girls do.  And this weekend, Miss Western Nebraska’s Outstanding Teen Whitney Miller is ready to prove it.

To read more about this year’s contestants, or the Miss Nebraska/Miss Nebraska’s OT classes of 2014-2016 click the THERE SHE IS link at the top of the page!