I just shared a jaw-dropping stat across social media:

This year, we will award a record-breaking $70,000 in cash, gifts and services to Miss Nebraska contestants, PLUS we will offer more than $1.4 MILLION in college scholarships!!!

There are so many great things about participating in this program, that huge scholarship and prize haul being one of them! But more often than not, when new young women try a Miss Nebraska local pageant, we learn it’s the intangibles that drew them to compete.

Hayden Richardson was inspired by a friend and sorority sister, leading by example.

“I had seen how Allie Tietjen had thrived in the system,” Hayden told me. “She is my role model because she is the most positive and compassionate woman I have ever met. As a sister in Alpha Phi as well as a dear friend of mine, I have seen all sides of her and her bubbly personality is so authentic, whether she in in pajamas or in crown and sash, she is true to herself.”

At 19 years old, the University of Nebraska-Lincoln student decided to give this pageant thing a go, too.. and won the title of Miss Twin Rivers on her first try. Her friend, Allison, aka Miss Nebraska 2017, was at her side to crown her. 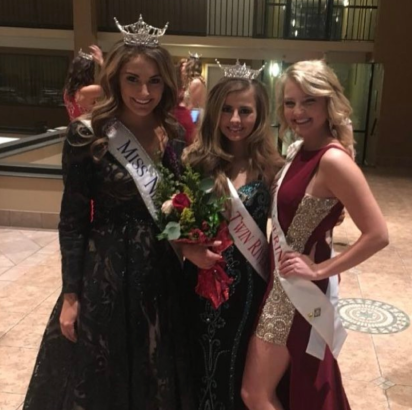 “I could not think of a better way to improve as an individual than to partake in something that has made Allie the strong woman she is.”

Allison won the Miss Nebraska Community Service Award in 2017. Hayden immediately followed suit, setting a goal to hit the ground running with a platform targeting a crisis spreading throughout Nebraska and beyond.”My platform is based on child trafficking in the state of Nebraska,” said Hayden. “I am focused on raising awareness of the issue, educating school faculty, and creating positive self image with our students. I have partnered with the Nebraska Coalition Against Human Trafficking, in which I have been able to speak to differing groups, from schools to girl scout troupes, advocating for each different aspect.”

“Service is absolutely the most important part of the Miss America crown to me,” said Hayden. “My goal as Miss Nebraska is to have 10,000 children and community members hear my message. In spreading awareness of human trafficking and helping to reduce the risk factors, my goal is to change the lives of children that may have fallen victim.” 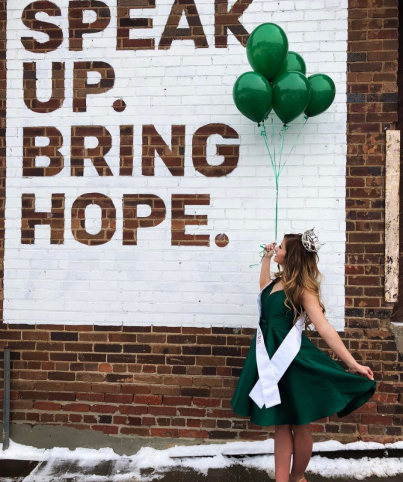 Hayden’s goals are not exclusive to winning that Miss Nebraska crown. The self described ‘political science geek’ plans to someday become a lawyer.

“I want to pursue a life rooted in the advancement of human rights laws on the nonprofit side,” said Hayden, who is currently working for Nebraska State Senator Kate Bolz. “Later down the road, I wish to run for the House of Representatives to advance my message and serve my state and country. The Miss Nebraska Organization is allowing me the opportunity to begin my work now as a freshman in college to advance the knowledge of human trafficking here in Nebraska, as well as giving me the life skills necessary to work in an adverse field.”

And like so many other contestants this year and for years prior, this outlet is also an opportunity for Hayden to showcase her other talents and improve every aspect of herself creatively, mentally and physically. As a national-level competitive cheerleader and dancer, Hayden has found new stages to perform. As a 2012 Nebraska Gymnastics Championships competitor, she’s found new reasons to continue a focus on physical health and wellness. 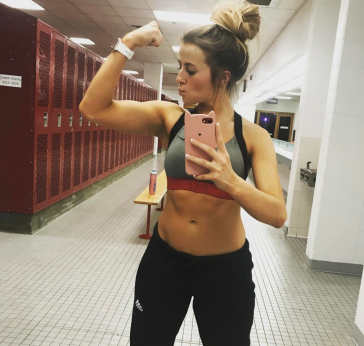 “Miss Nebraska is essential to the state because it provides the role models for young girls across Nebraska,” said Hayden. “As a public servant, Miss Nebraska educates and inspires our youth to be the best they can be. It is so important to continue that.”

Just as Miss Nebraska Allison Tietjen inspired Hayden, she now hopes to inspire others. Little girls in her hometown of Bennington are now watching not only Hayden, but newly crowned Miss Nebraska’s Outstanding Teen Kelsie Therkildsen. And early next month, just one day before she leaves for her own state competition, Hayden will invite many those children to join her and directly make a difference in the lives of other Omaha kids. 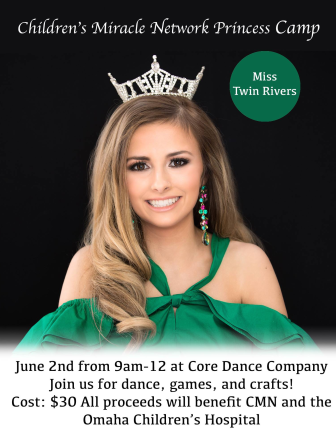 In the end, that’s what so many women like Hayden, and Allison, and myself, recall most about being part of the Miss Nebraska Organization. The money is AWESOME to help pay for school. The opportunities to perform and shine are empowering. But the impact you can have on your community and world around you thanks to a little extra notoriety in a ‘Miss So and So’ title…. those memories are priceless.

“The best part of this has been interacting with my community,” said Hayden. “I have made so many more connections than I would have ever been able to without the Miss Nebraska system. This  It gives us a way to voice who we are as women, and further develops our sense of self.”