1969.  Nebraska was selected to play in the Sun Bowl against Georgia.  No big titles on the line, no history book story lines from this match-up, but some might argue December 20, 1969 marked THE BEGINNING. 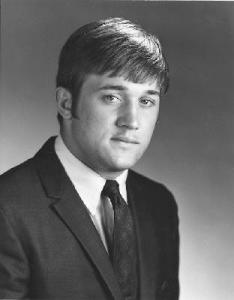 Kinney was a sophomore running back at Nebraska that year, the Big 8 Sophomore of the Year in fact in a conference that would later claim the #1, #2, and #3 ranked teams in the country.  Kinney’s Huskers had tough years in the seasons leading up to that game, but followed up that Sun Bowl victory with Nebraska’s first two national football championships in 1970 and 1971.

Those Huskers were nothing short of legendary.  Jeff Kinney was an integral part of it.

Kinney grew up in McCook, Nebraska.  His memories of Nebraska football mirror thousands, if not millions of others spanning generations of Husker fans.  Families, tuning in to the radio or television every Saturday, ears and eyes glued to every moment.

“I was a fan before I was ever a player,” Kinney recently told KETV’s John Oakey.  “I knew that side of it, I knew how important it was and how much fun it was.”

As a Husker, Kinney was an offensive machine. In 1970, Kinney rushed for 684 yards, caught 20 passes for 206 yards, and scored five touchdowns… all of these numbers despite splitting time with another Husker great, Joe Orduna.  Fast forward to 1971, Kinney set the career rushing record with 2,420 yards, and he set a new Husker career touchdown record with 35.

Kinney had arguably the biggest game of his college career with 55-million people watching, the Game of the Century versus Oklahoma in 1971.  Kinney set a new season best rushing mark of 171 yards and scored four touchdowns, one of those putting Nebraska ahead of the Sooners with just minutes left to play.

Click here to watch highlights from the Game of the Century, thanks to HuskerTapes.com!

“Every play in that game had to happen for us to win.  Richie Glover, had he not played, we wouldn’t have won the game,” said Kinney.  “That particular season and that particular team just continues to live on.”

Especially when those dynastic teams seem like a distant memory at times.  Kinney, now living and working in Colorado, says it’s been discouraging sometimes watching parts of the program deteriorate.

“Every program goes through that.  It takes some retooling to get back up,” said Kinney.  “I’m really excited what they’ve got going on right now.  I love the coach, I love the athletic director, I really look forward to some good things happening.  May take two or three years, but I think the foundation is being laid, just like what we talked about, how WE started to get better after some tough seasons.”

Funny how teams and times can seem so different, and yet sometimes, seem so much the same.  Will Nebraska ever have a team like Kinney’s 1971 Huskers?  I don’t know.  Some things, though, will never change.

“This gal walks up to me and says ‘Mr. Kinney, I just want you to know you’re my Dad’s favorite player’,” Kinney described.  “She said, ‘he passed away about a month ago, but my fondest memories were riding on the tractor, every Saturday, he’d have the radio up full blast listening to the game.’  That scenario plays out a million times every Saturday in Nebraska.’

Win or lose, Husker Nation will still wear red every Saturday.  We’ll still pack Memorial Stadium waiting to let go of our balloons after that first touchdown.  We’ll still turn out in droves to meet and get an autograph from legends like Jeff Kinney.

Perhaps THAT is why we can debate what was the beginning of the Nebraska Football dynasty, but there is no end. 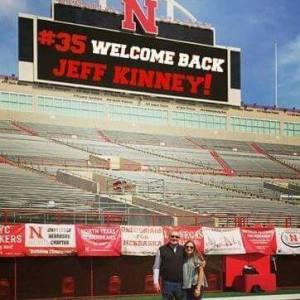