The Rolling Stones, Joe Nichols, Usher.. they’ve all made that 4-letter word famous in their music.

This guy made a career out of it..

Kool-Aid Man debuted in 1975, using his signature phrase, “Ohhhhh, yeeeaaaaahhh!” to remind us all how awesome a glass of ice-cold Kool-Aid tastes in the heat of a Nebraska summer.

Where am I going with this?!?!? Ladies and gentlemen, I present to you Kool-Aid Man’s female (and much cooler) counterpart..

This local pageant, another preliminary to the Miss Nebraska pageant in June, is named for the festival of the same name that takes place in Hastings every year.  Hastings is the ‘birthplace’ of Kool-Aid.

Make jokes, but Jessica is serious about the business of Miss Nebraska and the Miss America system.

“This program produces well rounded and ready to work individuals striving for the best,” Jessica told me recently.  “I think this  is more relevant now than it has ever been!  This is the biggest scholarship program for young women in the world and with school prices on the rise, it’s a blessing to have the scholarships.  This coming from someone that has literally paid her entire way through school thus far with the scholarships from this program.”

Jessica’s already had practice with traveling, frequently driving across the state for appearances as Miss Kool-Aid Days.  This is one of her favorite parts of her job, but also leads to some ‘low’ moments.

“The dreaded ‘low fuel’ light that comes on in the car,” said Jessica.  “Being from the west side of the state, many of the appearances and events happen to be on the east side.  Don’t get me wrong, love the drives, love the scenery and love the music blaring on the radio the whole 9-hour trip, but as soon as that light comes on, party’s over!”

Jessica’s had enough gas to make it to Omaha a few times; in the summer of 2013, she, along with several of this year’s Miss Nebraska contestants, was featured on the reality television show ‘Obsessed With The Dress’, recorded at Winning Crown Boutique. 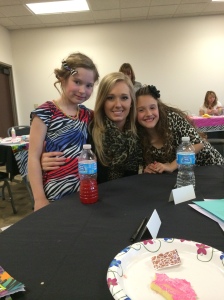 National TV aside, Jessica uses many of her public events to discuss her platform, ‘Kid Power, Stranger Danger.”

“I feel like every situation, I try to bring up a positive vibe and I’m naturally a very happy person,” said Jessica.  “I choose to never give up.  I have always set my mind on a task and done all I can to accomplish that.  I’m willing to figure out other options to get a job done.”

Jessica will take that positivity with her to Miss Nebraska; she says ‘the girls’, her fellow competitors, are her favorite part of the pageant.

“They understand you!” said Jessica.  “They have the same goals, they are constantly striving to better themselves and others along their journey.  We understand each other and understand that this is not just a beauty pageant.  We are all talented in our own ways.  I value each of them for that.”

Still, if you ask Jessica is SHE is ready for the job of Miss Nebraska, she could probably sum up her response in a phrase fitting of Miss Kool-Aid Days. OH, YEAH!

“I want this job and that is exactly how I see Miss Nebraska, as a job!” said Jessica.  “The Miss Nebraska program celebrates the unique, diverse, impeccable women that have and will yet compete.  [The program] looks for the ‘it girl’ factor in every girl, and I feel that I possess those qualities.”