For the last month and a half, I’ve introduced you to all 19 young women competing for the title of Miss Nebraska in LESS THAN THREE WEEKS.

HUNDREDS of hours of service.  THOUSANDS of dollars raised for charity.

Most, if not all of these women, told me how much they’ve grown as people by participating in the Miss America Organization.  You can see it in their pictures; the smiles on their faces as little girls proudly wear their crowns.  Side by side with children and adults alike, who for a moment, felt extra special.  Performing on stage in front of hundreds, cheered on by the people who love them most.  THOSE are the moments that make all of this incomparable.

But behind the scenes, THIS IS WORK.  These women, especially in these final weeks leading up to Miss Nebraska, ARE WORKING THEIR TAILS OFF to be the absolute BEST they can be for this competition.  In the studio.  In the gym.  They are making sure they are as aware as possible of the world around them and fine tuning their public speaking skills.  IT’S GO TIME.

At the end of the day, is it all worth it?  The countless hours serving without a paycheck.  The scratchy throats, sore muscles and tired fingers with the risk of no crown at the end.  The stress of juggling school.. and jobs.. and duties as a local titleholder. Is it all worth it?

One year ago, I compiled a slideshow for KETV.com showcasing the Miss Nebraska contestants.  I asked each woman to send me her favorite photos and things about herself she wanted our viewers and readers to know.  JaCee was among the first to respond to me.  Her answers were articulate, her goals clear.  She was DETERMINED to become Miss Nebraska. 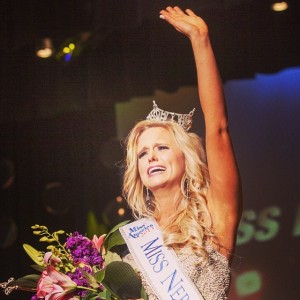 “Being Miss Nebraska is by far the most challenging yet rewarding experience I’ve ever had in my life,” JaCee told me recently.  “Although many have a skewed view of what being Miss Nebraska is really like, it is first and foremost a job. I managed to put 50,000 miles on my car and traveled everywhere from Valentine to McCook, and Scottsbluff to Omaha.  I’ve made it my goal to touch as many individuals across this state as I possibly can.”

Did she accomplish that? See for yourself. 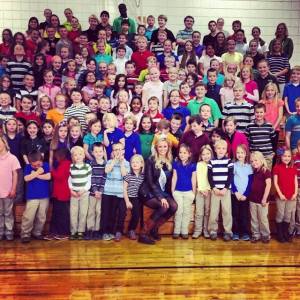 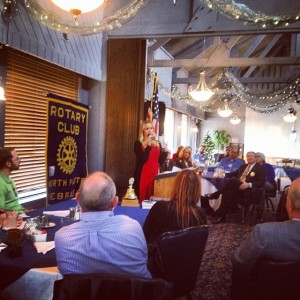 JaCee invited me to check out her Facebook page and choose whichever photos I liked best.  WHAT YOU SEE DOES NOT EVEN SCRATCH THE SURFACE.  There are literally hundreds of pictures, snapshots of countless moments in schools, at events, with one child or 500, smiling, offering hugs, the list goes on and on and on.

“Whether it was through my platform [Operation Remember Me], the Children’s Miracle Network, or the Miss Nebraska Organization as a whole, I wanted to make this year about seeing Miss Nebraska as a real, tangible, down-to-Earth girl,” said JaCee.

JaCee says travel has been the best part of her job, learning what makes the state so special.  (“Wilber is Czech, Stromsburg is Swede, and O’Neill is Irish.  Just a little Nebraska trivia for you,” said JaCee.)  One of her most exciting trips came in September, when JaCee traveled to Atlantic City to represent Nebraska at the Miss America pageant. 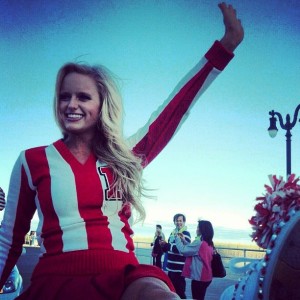 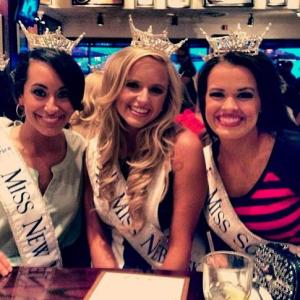 “Miss America was such a surreal experience,” said JaCee.  “I gained 51 other sisters away from the experience and friendships that will last. My favorite moment in particular was singing my talent on the Miss America stage.  You hit that last note and look out and think, ‘Dang, this is so freaking cool.’  It was almost two weeks filled with excitement, anxiety, stress, and happiness all at the same time.  I’m also elated to know the Miss America Organization is evolving as we’ve now crowned our first Indian American Miss America.”

“Miss Nebraska is by far the hardest yet most rewarding job I’ve ever held,” said JaCee.  “You are driving a majority of the time, by yourself, to an appearance that you just learned the name of last night.  You are constantly adapting to the environment around you.  Heck, one week I had to [revise] one speech, six different ways, in one week to fit each appearance.  Although the job can be difficult at times, it is what you make it.  You can be doing an appearance literally every day of the week if you want to be.  However, it is your responsibility to put yourself out there, network your butt off, and make it happen.  Nobody will do that for you.” 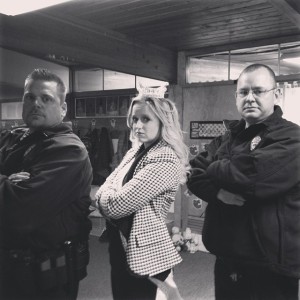 It will truly be the end of an era on June 7, when JaCee crowns the next Miss Nebraska.  She’s not only served our state for the last year, she also served as Miss Nebraska’s Outstanding Teen 2009.

“I’m feeling very content at this point,” said JaCee.  “It is sad, don’t get me wrong.  Who wouldn’t want to say they’re Miss Nebraska?  I am excited to be moving on to the next chapter in my life, though.  Right after I give up my crown I will be heading to Mexico to serve on a mission trip.  Later I will continue to finish my degree at Doane College with hopes to continue in public policy and the business consulting world.”

Could we see Senator Pilkington down the road?  (Prior to becoming Miss Nebraska, JaCee worked for Senator Mike Johanns and continues to stay active in local politics.)

“I view Nebraska in a completely different light now,” said JaCee.  “To be honest, when I graduated the first place I was headed was DC.  Now, I realize the opportunity Nebraska has to offer.  You can make an incredible impact within this state and I cannot see myself anywhere else at this point.”

JaCee’s got good reason to stay close to home; her little sister, JaLee, just graduated high school, she’s got a sweet puppy at home to look after, and yes, gentlemen, she’s got a boyfriend.

She’s got one more big trip on her schedule; to hand off her crown to the next Miss Nebraska.

“I mainly want people to know how relevant and impactful the job of Miss Nebraska really is,” said JaCee.  “I understand that many already have preconceived notions about ‘beauty pageants’ but I can assure you that she’s more than a pretty face.  The women who compete in this organization are extremely driven, hard-working, intelligent, and compassionate individuals who are looking to make a difference in this world.  I pray that whoever is blessed with this opportunity this coming month will take full advantage of all it has to offer: the connections, opportunities, and lives that can be changed.”